If you are interested in running a featured workshop please either fill in a workshop application or contact Adrian directly. 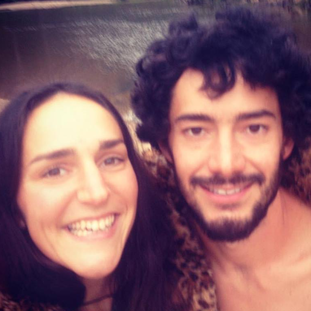 YOUR HOSTS at ABUNDANCE FARM
Kali and Alex (Alejandro)
Alex and Kali have been developing Abundance Farm since 2015 and have done an amazing amount of work in that time. with limited resources and are happy to share their experiences and farm. 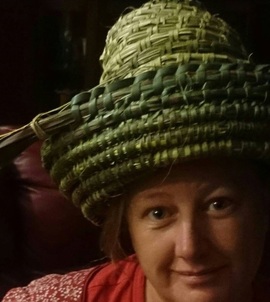 Tamara Griffiths
Tamara is a professional Permaculture Design Course teacher, has studied with the late Bill Mollison and is a regular teacher at Permaculture Village at Confest. Her insight and excellent teaching styles makes her lessons a must attend. 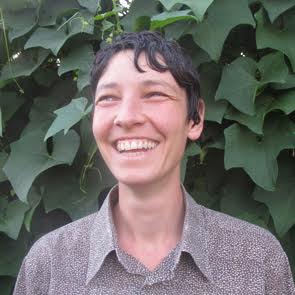 Theo Kitchener
Theo is a utopian thinker, promoter and change-maker. She is the founder of The Sharehood, Doing It Ourselves and Livelyhood. Self-described apocaloptimist, Theo is positive about the future, focusing on happiness, community, permaculture, alternative economics, and the potential for social and environmental transformation. 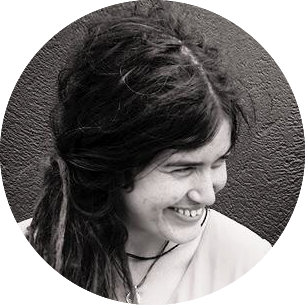 ​Suse Scholem
Suse is an activist and artist whose work and life centres around how to make the world a better place. After years studying psychology, sociology, feminism and fine art, she now spends her time expanding those knowledges with experience. She is a founding member of Livelyhood, Ethical Makers Movement, and Gnomes Farming Co-operative, and works with Doing It Ourselves. When she's not strategising systemic change, or sharing tactics of behaviour change, she's in the garden battling climate change.. Suse will be co-presenting a number of workshops with Theo Kitchener

​Workshops include::
Assertive Communication,
Building a Movement for Systemic Change
Livelyhood: Working Towards a Joyous and Fair Community Economy 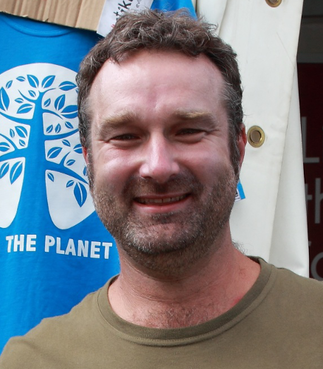 Adrian Whitehead​
Adrian first studied permaculture in 1995 and completed a Permculture Design Course (PDC) with Bill Millison and Geoff Lawson in Melbourne in 2009. In 2010 he completed Geoff Lawson's Earthworks course at the Channon PRI. Adrian is an active speaker at and founding member of the Confest Permaculture Village. Adrian has spent much of the last 22 years campaigning and working on forest and climate change issues, prior to working for Victorian Government on sustainable housing policy and Melbourne University on a climate change research project. Adrian served 8 years in the Army reserve and worked in security.. Adrian actively campaigns to avoid a climate related collapse. and for social justice with Save the Planet.
​Workshops include::Permaculture Design principles and Religion
Consensus decision making
Basic Sword
and many more... 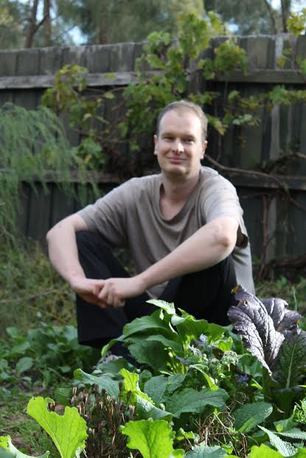 Mark Allan
Mark decided to leave his role as a town planner in order to go out into the world to try to find how best to use his planning knowledge to tackle the climate emergency. Then he met the co-founder of permaculture, David Holmgren on a train journey from Melbourne to Sydney. What ensued was a conversation across two states that led to the realization that a symbiosis of permaculture and sustainable planning should play a defining role in creating a more sustainable, equitable world. Mark is also passionate about the ethics of nutrition and how we can feed seven billion people by minimizing animal suffering, soil erosion and habitat loss. He is very excited about the awesome potential of what can be achieved.

Workshops include::
Holistic Activism
Vegeterian and Vegan Nutrition Post Collapse
Should we talk about Population?
Suburbia and Climate Change 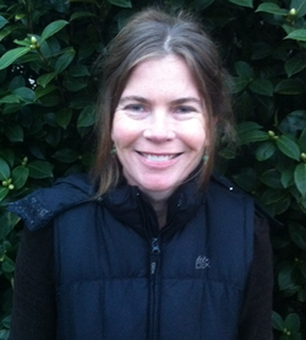 BRYONY EDWARDS
Bryony spent two years studying on Biodynamics farms in the UK.. She completed her PDC in 1995 in WA, has run a commercial organic market garden worked in a Permaculture nursery,  Bryony is a part of Grey Cliffs permaculture and manages a intensive urban food growing system.Bryony holds a Bachelor of Applied Science (Psychology) from Curtin University, and a Masters of Arts (Ecologically Sustainable Development) from Murdoch University.  Bryony actively campaigns to avoid a climate related collapse. and for social justice with Save the Planet. ​ 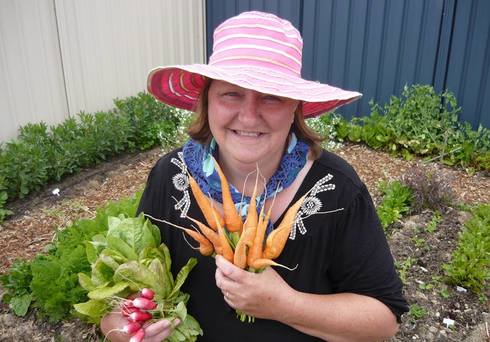 CAROLYN GEMMELL
A nature kid who grew up into a conscientious home-maker. Works in community and is currently developing the Mudlark Urban Permaculture Demonstration site. Food grower and food business owner. Permaculture designer and teacher.
​Workshops include::
Fruit for Everyone, creating a Surplus
Home and Lifestyle - Retrofit and re-design your house and home life on the cheap.
Preserving with Fowlers Jars 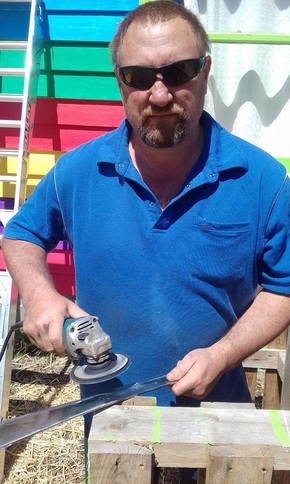 PHIL GEMMELL
Having suffered an accident at age 20 which should have killed him or at a minimum left him quadriplegic, Phil knows how to survive! Cultivate your mental attitude and well as your physical being.
​Workshops include:: 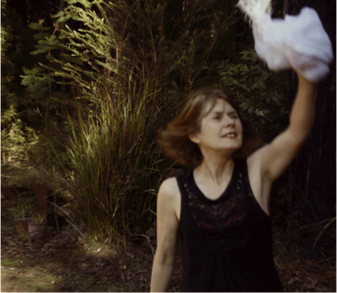 WENDY KLASON
Wendy was a child of off-grid living. She inherited a love of nature and a longing for humans to live co-operatively.  She is now custodian of Banksia Ridge Wildlife Sanctuary in Gippsland. Wendy is passionate about the need for us to build communities of trust; and sees our greatest challenge as communicating and resolving problems from a place of emotional well-being, maturity and transilience.

Wendy uses EFT —’emotional acupuncture without the needles’ to assist people to release fears, anxieties, grief, and feelings of ‘stuckness’; transmuting them into a sense of ease, lightness, inner freedom, joy, empowerment, and creativity. Her workshop includes a demonstration and you take home a simple technique that you can use day to day. 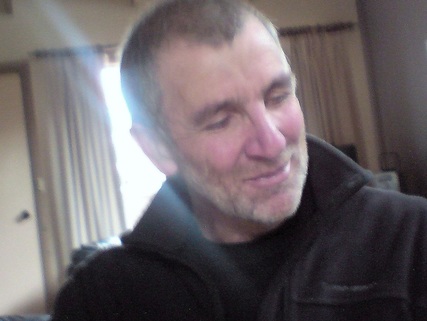 PHIL BAULCH
After 25 years in business and marketing, Phil realised he had become part of a globalised industrial machine, which was destroying nature on a massive scale. In 2009, he left his old life to begin a renewable energy business. He has studied and tutored in the Avaita non-dual tradition for 12 years.  Phil has been an activist in sustainability since 2008, is a trained Transition Town initiative co-ordinator, and a facilitator of the 'Changing the Dream' Symposium.  He spent ten years studying the relationship between energy, the economy, finance and international affairs.

Inspired by Thich Nhat Hanh's book 'The World we Have’, Phil asks: “Can we hold the tragedy of the modern world in one hand and an inspiring vision for the future in the other?”.  He invites us to explore our rarely examined assumptions about the Human experience and our relationship with the rest of Nature and the Cosmos; and whether it is possible to transform fear, anger, despair and grief into creativity, forgiveness, compassion and joy.

Workshops include:: Peace with the world we have ~ with Wendy Klason 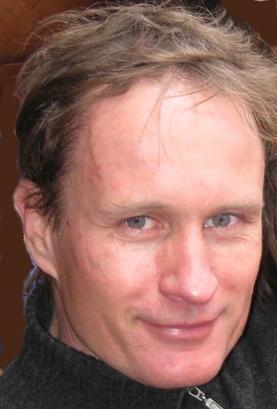 RICHARD KEECH
​Richard is an experienced engineer who completed a Masters of Environment at University of Melbourne in 2011, majoring in energy efficiency modelling and implementation. Richard's primary area of interest is energy-efficiency and renewable-energy technologies and their role in society's response climate change.

Richard has been involved with Beyond Zero Emissions (an environmental NGO) since 2007, contributing to their work on:
* a proposal for re-powering the Australian economy entirely with renewable energy (the Stationary Energy Plan: http://bze.org.au/zero-carbon-australia/stationary-energy-plan); and
* a proposal to quantify the reduction in energy consumption achievable by implementing cost-effective energy-efficiency measures in all existing and new buildings (the Buildings Plan: http://bze.org.au/buildings).

Richard has written a great book for BZE called "The Energy-Freedom Home".The book is aimed at the homeowner and encourages a new approach to home energy efficiency.

Workshops include::​ Energy-Freedom:: Radically change your home energy use 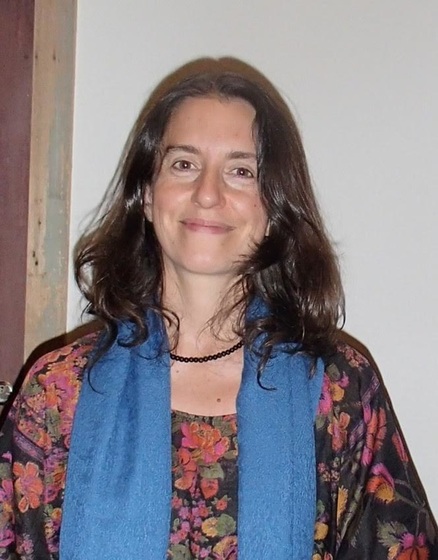 LISA PEARSON
Lisa has been practising qigong for over 12 years and has experienced first hand the healing potential of this ancient wisdom modality and brings personal insight and inspiration to her teaching of this wonderful practice.  She is passionate about teaching people greater awareness of their body and it’s messages, skills for creating and maintaining a healthful lifestyle and enhancing conscious awareness of self, others and our planet.
Lisa teaches and practices from her clinic Elemental Living in Abbotsford.
“ I strive to inspire and educate individuals towards self understanding and enhanced health utilising the wonderful tools and wisdom of the Traditional East Asian healing traditions."

Workshops include::​ Qigong: Health Benefits for the Present and the Future 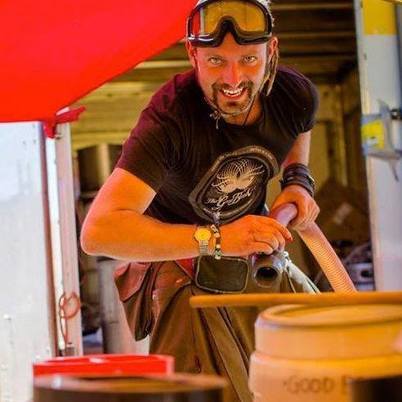